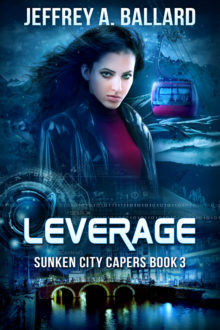 Explosions are a nasty way to greet someone …

Isa and Puo are enjoying a quiet, uneventful, completely lawful time in Vancouver, Canada, that is, until someone tries to blow them up. But before they even have time to recover at the hospital, they’re forced on the run for their lives.

Baffled, and trapped in Vancouver by the authorities having their CitIDs, they must rush to learn who is trying to kill them, and more importantly why.

And if that weren’t enough, Winn, the only man Isa’s ever loved, comes sauntering back into her life at a most inopportune time. Isa can’t decide between ignoring or pummeling him—depends on the minute.

Annoyed. Frustrated. Isa doesn’t know which is worse, an unknown and desperate killer after them, or having Winn back again in such close quarters.