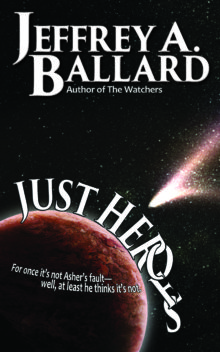 For once, Asher finds himself getting shot at for reasons not of his own making. Well … at least he thinks so. Could go either way really.

Forced into the unlikely role of hero on the Ceres Mining Colony, Asher must find a way to stop runaway mining payloads from devastating Mars, all while still achieving his team’s original goal. In a situation where secret agendas abound, Asher fights to save Mars while keeping his own motives unknown.