Jeffrey A. Ballard first attempted writing at the impressionable age of thirteen. He had spent the previous four years following Tanis and Raistlin through the Dragonlance world of Krynn and got it into his head that he could do that (write stories that is, not slay dragons, although at thirteen he probably thought he could do that too). After struggling to write a page and a half, a friend confirmed what he had suspected: it was terrible. So he put writing away into the drawer that contained becoming a professional hockey player and a real-life Indiana Jones and didn’t pull it out again until fifteen years later.

In the intervening years he did stints in south Florida, picking up an Ocean Engineering degree and a wife, and then over to Pennsylvania for a Master’s degree in Acoustics. Eventually, adversity in his life forced him back to writing as a means to stay sane. In the course of writing his first novella (rightfully banished to the manuscript graveyard), he wondered why in the world he hadn’t been doing this all along.

He writes daily now, and has begun to find a small measure of success (and surprise) in others willing to spend some time in his creations. He may not be a professional hockey player or Indiana Jones, but when he writes … he could be. 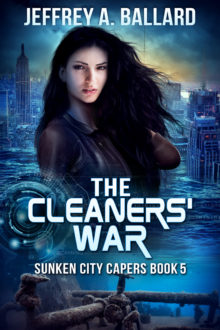 Includes a "What you need to know" section summarizing the series to date for easy entry.