SCC5 is done! It took a bit longer than I thought, but all that’s left is final proofing and then churning it through the gears of publishing to make the ebook and print layouts. It’s been four years (!) since I did this last, so there’s a bit of trepidation in remembering how to do everything. Plus, since it’s been four years, I have no idea what’s changed since then (and things will have changed). I hope to have everything published by September or October.

The final readthrough after the cool down took longer than I thought. I thought that readthrough would’ve been small word choice or wordsmithing, but I was making (minor) content edits right up until the end. But it’s done now (whew). I was hoping to have it wrapped up before mid-June before I went on vacation, but the novel got to come on vacation with me which turned out to have coming-full-circle feeling.

I finished the very first Sunken City Capers novel when I was on vacation in Bath, England accompanying my wife to a conference she had. I was fortunate enough to once again accompany my wife to one of her conferences to Southampton, England where I finished SCC5. I don’t travel to the UK a lot, so it’s strange to bookend the series in the same place as I finished the first in the series.

We spent two full days in Amsterdam before the conference. It’s such a beautiful city. 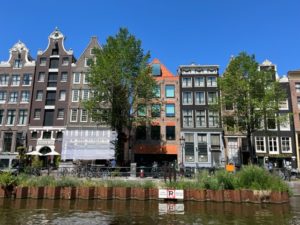 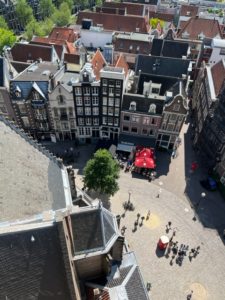 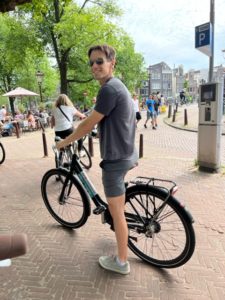 Two days was not enough time. There wasn’t time to do half the things I wanted, but still managed to fill both those days full of stuff. One of the activities was a bike ride through the city, which was intense. I think there’s more bikes in Amsterdam than people. Everyone bikes everywhere over there, and there seem to be a lot of unwritten rules. We did a bike tour and moving as a group made it harder since we had to go slower going single file. I also have some unexplained leg weakness that makes things harder for me and affects my balance. But I got through it! (And it was worth it!) 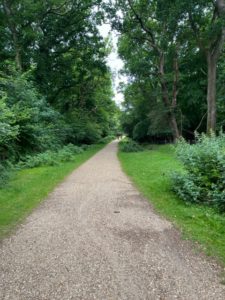 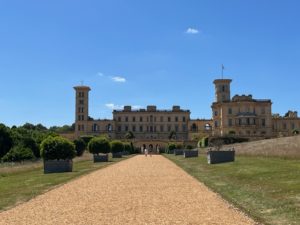 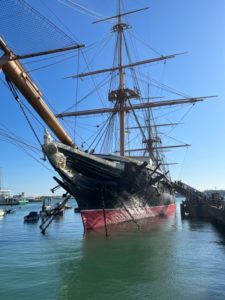 We then flew to London and took a bus to Southampton (after dealing with multiple canceled flights). We had a day before the conference started and went to New Forest National Park west of Southampton for another bike ride! The word “bucolic” kept passing through my mind on the ride. I could see Tolkien’s love the shire in the country side. The fancy house is the Osborne house on the Isle of Wight, that I went to see when my wife was conferencing. And the conference dinner was on the HMS Warrior which was a neat ship to look around on.