My drafting targets for December and January had me wrap up the first act on the current WIP mid-January. I was prepared to try something new and plow ahead without doing any editing (as I usually do when I finish a major section), but I ran head-first into that oft-encountered writing wall: not knowing where to go next.

I typically have a rough idea of where the next one to three chapters need to go, or a scene or chapter that happens later that I need to build to. But this time I have nada. Zero. There are enough threads opened in the first act to carry the plot forward, I just don’t know where to pick it up again. Immediately after the events of act one, or time jump? Stay with our protagonists or visit the antagonists? Expand the role of a secondary character or tighten the relationship between the two protagonists, or both? Etc.

I do have a pretty good idea of what happen in the interlude chapter, enough to start writing that, but I decided to hold off while I go back and edit the first act. It’s a helpful exercise at this stage. My first edits usually focus around filling in the details that I left blank in the rush of drafting to help deepen the world building; add depth to the prose; and map out character arcs. It’s that last one that usually unlocks the door in the writing wall on where to go next.

Still, editing is never a fun task for me, and I usually try and get through it as fast and efficiently as possible. But I’m approaching a month since I started and I’m probably only half way done. This length of time has less to do with how hard it is to edit and more to do with a confluence of events that cut down my writing time.

First, I got legitimately sick for a weekend where I went away to a men’s retreat with my church. I was planning on getting 50% of the editing done that weekend, and I got 0% done (I lost four pounds in 24 hours). I know I’m sick when I don’t (or can’t) get any writing work done. It’s actually the measure I use when deciding on whether to stay home from the day job: would I work on writing all day if I stayed home? Yes: go to work. No: stay home and rest.

Second, I went away with my wife to Taos Ski Valley for 4 days and went skiing. I love skiing. I had forgotten how much I loved it until last year when I went again for the first time in fifteen years. After that, I vowed I would go skiing every year from now until I physically couldn’t anymore. I brought the novel along and puttered around on it here and there. But mostly I slept in, skied, and enjoyed time with my wife without kids (conversation without being interrupted! Sublime!). It. Was. Awesome. 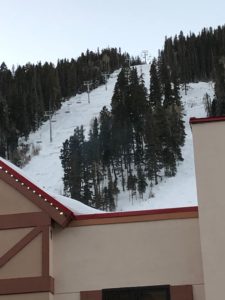 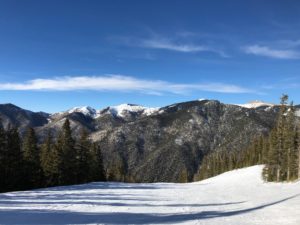 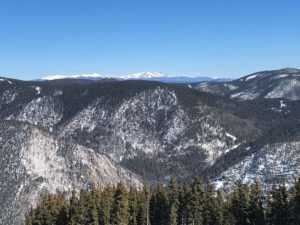 Third, work was really busy this past week, cutting my writing time down to a 10 to 15 minute chunk per day. So little progress was made (but still a little bit). And finally, tax season is here! Just another life task that I need to make time for which generally eats into my writing time.

So there it is, my whining and excuses. Hence the name of this blog post. Time to buckle down and finish this editing task. My plan is to be at least drafting that interlude chapter by March.