I am internally debating the wisdom of taking a break from the novel to take notes and break down The Anatomy of Story by John Truby. I am only halfway and I’ve already taken about 20k words worth of notes. If the back half holds up, that will put the notes around 40k and over a hundred pages. I might then need to create a cliff notes of the notes. It’s getting a bit ridiculous and is taking a lot longer than I thought it would. I’ve already revised by time estimates, and now I’m not sure I’m going to be in a position to apply to the workshop I wanted to.

The problem is, the notes are so dang useful. I keep my novel open and jot down notes and ideas while I’m breaking down The Anatomy of Story. There’s no question it’s helping the novel, but now I kinda wished I finished the novel first, then did this. It’d be awesome in a revision/rewrite. I stopped the novel right before the midpoint, so the note taking is super helpful for the front half, but the back half hasn’t been fully formed yet in my mind so … blah. That about sums up how feel about it all.

At any rate, I continue plodding along. I’m hoping to be done with the note taking by start of September, get back into the novel during September by doing the exercises in the book, and drafting again by October.

On a personal note, I didn’t post in July because I was stupidly-lucky enough to tag along with my wife to a conference in Crete, Greece. I got to spend 5 days in Crete, hanging out on my own at the beach and going into the main city to see the sights, and then my wife and I flew to Paris for four days. It was amazing. I don’t think we ever stopped moving in Paris and we still didn’t come close to seeing everything. I would happily go back! It was a very restful time, which unfortunately was immediately overshadowed by some problems at work when I returned. But ignorance was, indeed, bliss. 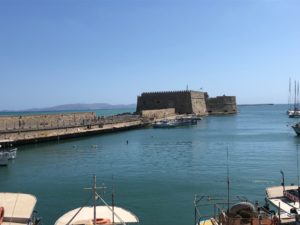 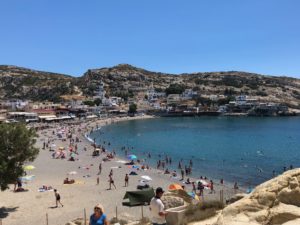 The fort is in Heraklion the main city on Crete. And the beach is Matala on the southern side of Crete. The picture was taken from a Roman cemetery carved into the hills. It was neat to climb over and into it. Apparently hippies used to live the caves, kinda creepy to sleep where they laid dead people, but it had a beautiful view! 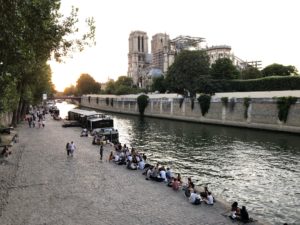 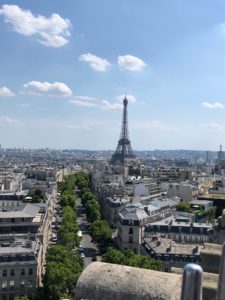 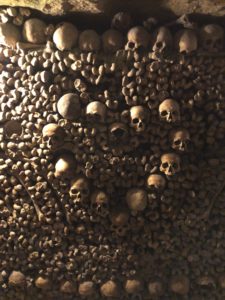 We walked around the Notre-dame, but could not get close as they were already rebuilding after the first in April. The last picture was the of the catacombs below Paris which was super interesting to learn about, but I didn’t find it that creepy or as claustrophobic as I was expecting.

It was an amazing trip, but my feet were tired! We had several days of 30k+ steps.