Not much writing got done these past two weeks—one part not sure how to bridge gap between the second and third acts, nine parts work and family stress. Watson, our beloved basset hound of ten years, was diagnosed two years ago with long words I can never remember, but it can be summed up with that one insidious word: cancer. He made it longer than anyone thought, but this past Thursday February 16, 2017 was long enough.

At first, Watson was an idea, a fulfillment of that most innocent of childhood dreams: the desire for a companion that loves you for you without the ability to speak and cause hurt. But as many fulfilled dreams do, idealizations quickly gave way to reality.

We picked Watson up as a 12 week old puppy in the summer of 2007 after completing graduate school at Penn State. We had him all of 2-3 days before we bundled him up and drove cross country with him from New York (where we had been staying with my parents) all the way to Texas. He used to be small enough to sit on my lap while my wife was driving. I’d hold his oversized paws and he’d sit erect and alert like a giant misplaced hood ornament. The nights in hotels were not restful. 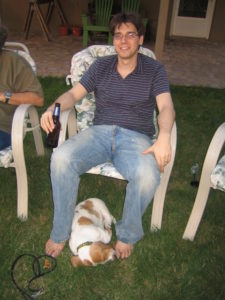 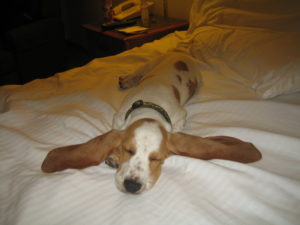 Once in Texas, we quickly settled into life and we’re inseparable. We played, went for walks, trained, destroyed things. There were many items scarified to Watson’s puppyhood: drywall (really), wife’s sweater, my glasses, at least two television remotes, books, an entire couch,  and several items I’m sure I’m missing. 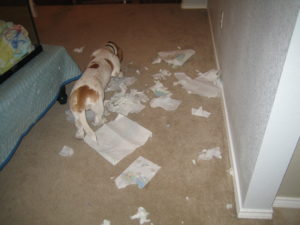 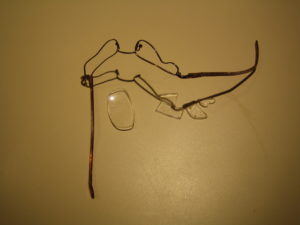 He never really did take to that training thing unless he decided it was in his best interest–stubborn that one. And shrewd when food was involved. He loved to put his front paws up on the dishwasher to lick the plates and runoff when I was loading it. Since this was not a desirable behavior I opted for a “creative” solution and put hot sauce on one of the plates. Watson licked the entire plate clean except for that dab of hot sauce. I should’ve known better when one of his favorite activities was to shove that beautiful nose of his deep into shoes and inhale as deeply as he could. Oh, and an unattended water glass was always suspect forever after. 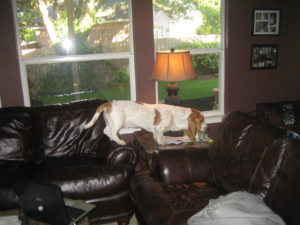 Despite his stubbornness we learned the rhythms of each other, and he learned the rules of the house. He even learned to ring a bell by the back door when he wanted to go out. Of course, he took his training a step further and learned to ring it more than once when he didn’t get the level of service he felt was commensurate with his standard of living, 4 a.m. be damned. 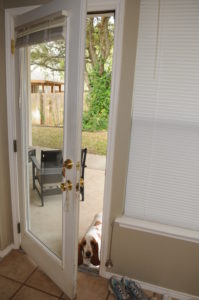 He was our first kid and we doted on him, planned playdates, found restaurants and businesses that allowed dogs. He had the softest fur you ever felt—perfect for cuddling. It was super soft even at the end. 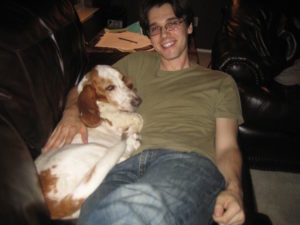 By the time our first daughter was born, Watson was already middle aged and moving slower. White was starting to show around his eyes. He slept more. But he loved those girls. In particular, he loved the thrown food—he would come running from wherever he was in the house when it was time for the girls to eat. This was the opposite when one of the girls was pitching a fit. Then he would meander out of the room in a slow swaying walk to find a quieter place to nap—I envied him greatly in those moments.

Then the lump on his throat came. Surgery. Diagnosis. Shock. They gave him months to live. He lived two more years. Stubborn that one. And a damn good dog. Goodbye old friend. No doubt you’ve already retrained the angels on how best to scratch your belly. 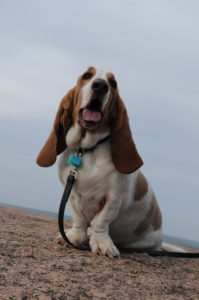