Alas, I did not make it out of the quarterfinals for the SPSFC. Oh, well. I can’t say I’m surprised or even that disappointed. I got as far as I dared to hope and the initial reviews weren’t favorable. It was fun and blast though, I’ll definitely be entering again if it becomes an annual thing. Although, that might be years before I have a book one ready to go.

I also did not finish SCC5 in January or February. I was pressing hard through the end of January, got up to 74k and into the climax, and then decided there were too many loose threads to keep track of everything that needs to come together at the end. So, I stopped in the middle of the climax and entered an extensive edit of the whole book. That took all of February and probably another week. An edit normally wouldn’t take that long, but life and work have been exceptionally busy these past two months.

The good news is the edit is clipping away all those loose threads and tying everything together into one cohesive story. This actually makes it easier to draft. It was getting harder to draft as the story went on–my brain was constantly trying to remember small details earlier in the book or worried I was missing something. It made it hard to get into the flow. I’m hopeful to have the zero draft down by the end of March. Or at a minimum, through the climax.

It wasn’t all work in January though. My wife and I took the kids skiing for the first time. We went to Deer Valley in UT and it was incredible. I love skiing. I find it incredibly freeing and peaceful and amazing. If I had remembered how much I loved it when I was looking for a job, I don’t think I would’ve moved to TX. Oh, well. The kids did great and I was super happy and relieved that they liked it. I’m hoping to make a yearly skiing trip now (honestly, I’m scheming to figure out how to go more than once, but not sure how to swing that).

Next month, I’ll also outline the targets for 2022 (and hopefully the news that SCC5 is done drafting). 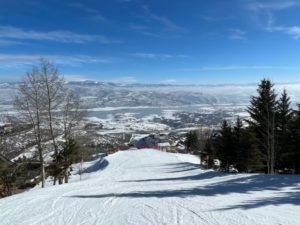 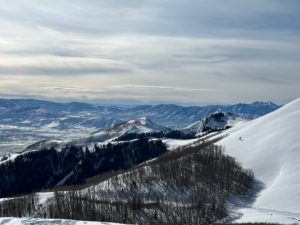 One Response to “February 2022 Update”